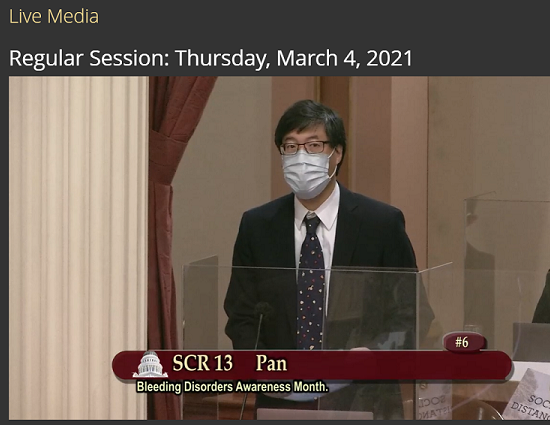 On Thursday, March 4th, California State Senator Richard Pan, M.D. presented HCC’s sponsored resolution, SCR 13, declaring March 2021 Bleeding Disorders Awareness Month in CA. It passed 34-0 on the Senate Floor!  There were some absent members on the Senate Floor, but it was a bipartisan vote. (Senate Concurrent Resolutions are supported by the Assembly and do not need to be signed into law by the Governor.)
Excerpt of text from SCR 13:

“By declaring March 2021 Bleeding Disorders Awareness Month in California, we are educating and generating a greater sense of community and understanding of hemophilia and other rare bleeding disorders

We are extremely pleased and are grateful for Senator Pan’s longstanding support of HCC, the community and of our Future Leaders Program! 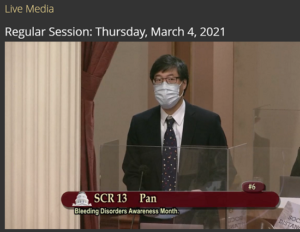 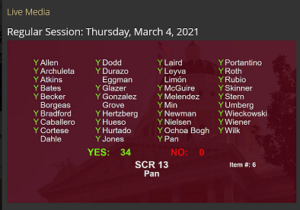 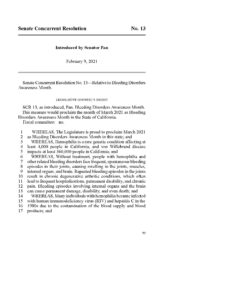